Parisian house Mauboussin’s jewellery is famed for colourful and intricate designs that captured the jewellery world’s imagination during the Art Deco period, through to its playful, expressive pieces that date from the 70’s and 80’s.

Founded in 1827 as Maison Noury, Mauboussin gained renown under the influence of Georges Mauboussin, one of the founder’s nephews, who had joined as an apprentice in 1877. In 1898 Mauboussin took sole control of the house, and by 1924 the maison’s distinctive Art Deco jewels had won a major prize at the French Exhibition in New York, alongside a gold medal at the Decorative Arts Exhibition in Paris in 1925. Mauboussin’s creations of the time stood out with their “jade and shellac from the Far East to mother-of-pearl, pearls, coral, and lapis lazuli from the Middle East, and coloured stones carved in India,” Mauboussin says.

Geometric shapes and important, intensely toned stones became a hallmark of the house. Indeed, Marlene Dietrich displayed her own highly ornate Trabert & Hoeffer-Mauboussin (the name the jeweller traded as in the US) emerald and diamond bracelet and cabochon emerald and diamond brooch in three of her 30’s films, “The Devil is a Woman,” “Desire,” and “Angel.” 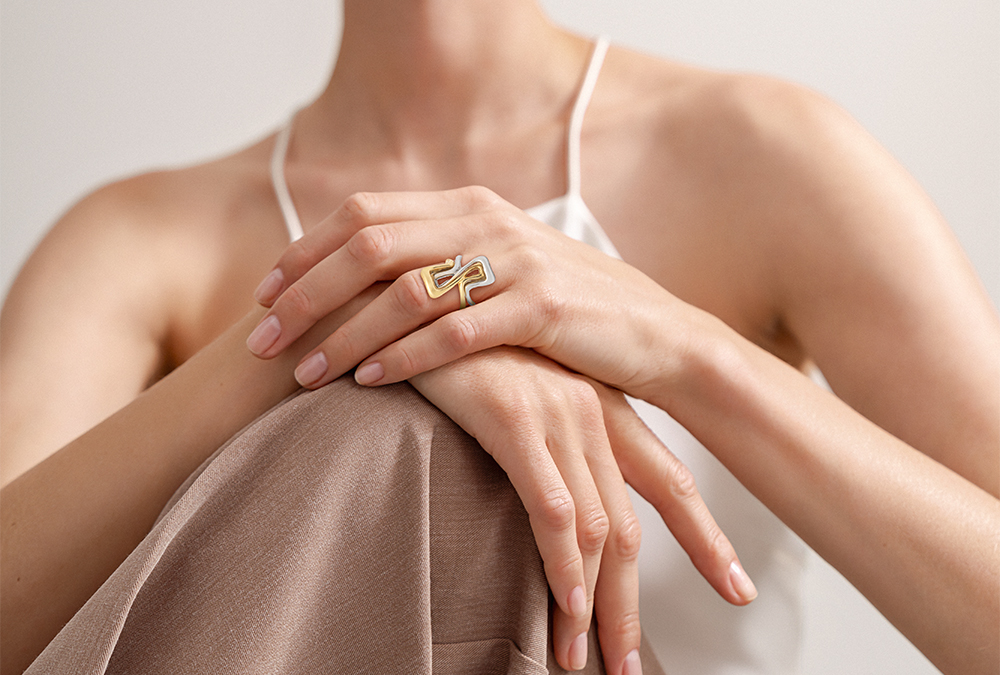 Later, in the 60’s and 70’s, Mauboussin championed bright, exuberant stones that included turquoise and coral, alongside enamel, crafted into intricately detailed pieces such as bird and butterfly brooches. Designs by the jeweller René Lacaze were another highlight of the period. The 70’s and 80’s, meanwhile, saw the house fashion fluid and bold pieces, such as this Puzzle Ring in 18k gold.