For our third Auverture United Rainbow Bracelet, we’ve chosen mesmerizing, deep blue lapis lazuli as the stone to spotlight. Designed by Auverture’s founder Bibi van der Velden, this bracelet is set with an oval-shaped, lapis stone, whose natural gold and white inclusions conjure the look of an expansive night sky.

The lapis sits on a fine, 14k yellow gold bracelet that threads through the stone, with stylish gold knot details around its circumference. The bracelet is also designed to be effortlessly adjusted for a tighter or looser fit. As with the existing designs in the Auverture United collection, the bracelet can be worn alone, or stacked with its siblings, the Malachite Green and the Buttercup Yellow bracelets. In a limited edition of 50 pieces, the bracelets are hand-crafted by Auverture artisans in Thailand. 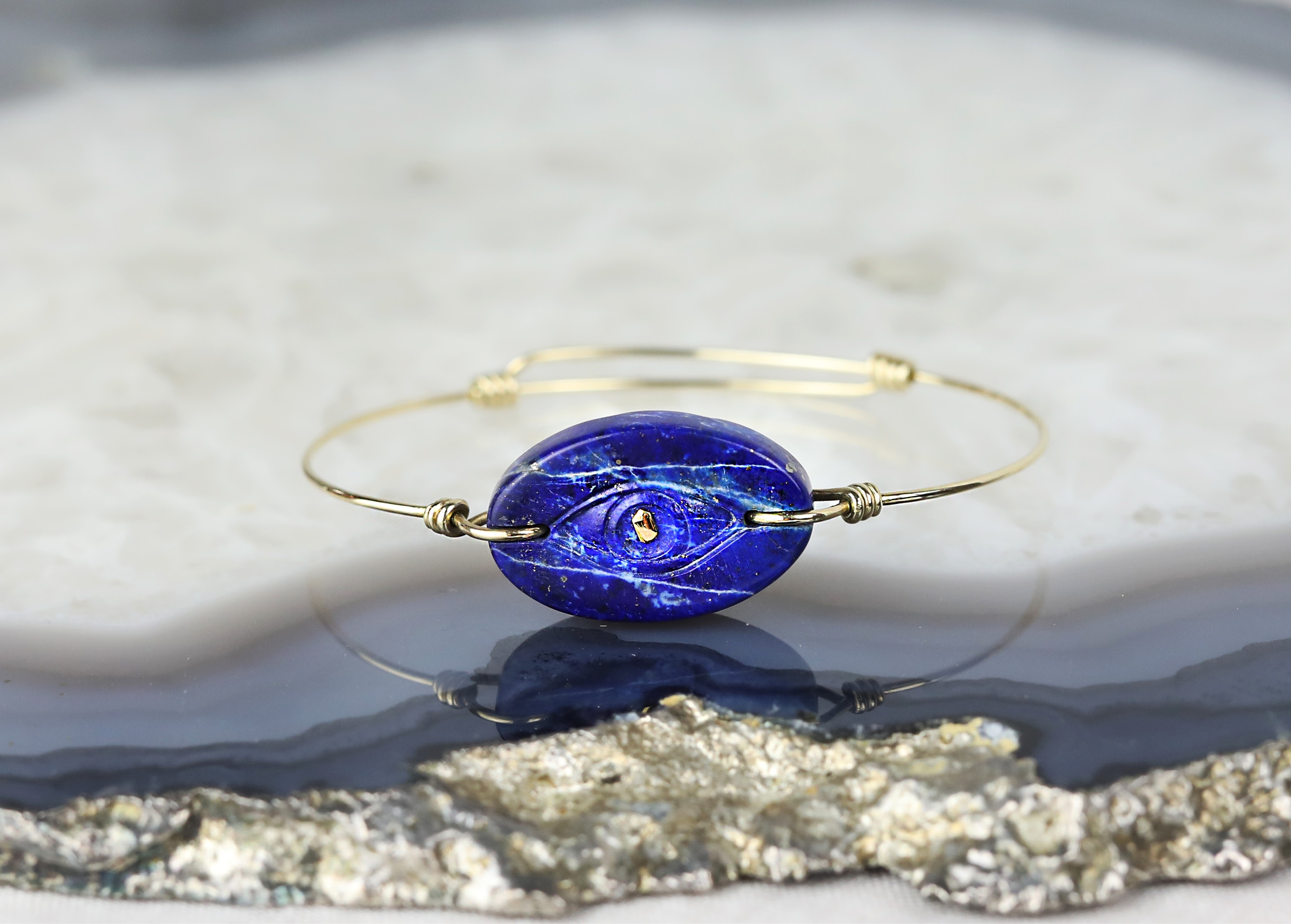 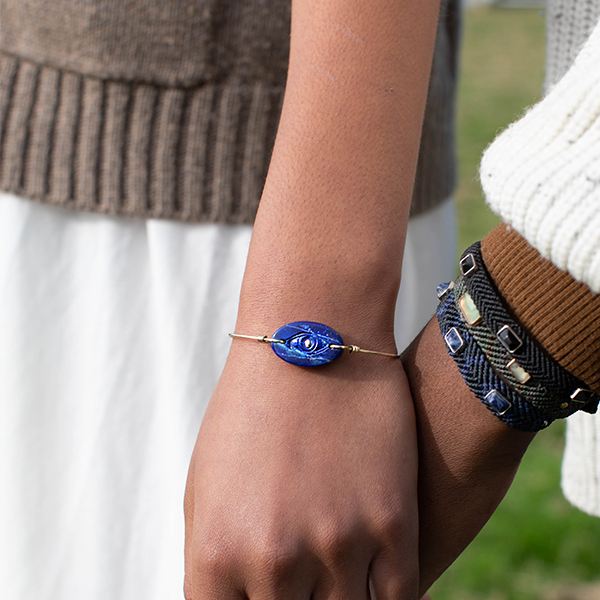 Lapis lazuli, which takes its name from the Latin words for “azure stone,” boasts beautiful inclusions that lend it a timeless appeal – which isn’t surprising, given that lapis is said to have been prized as an adornment since 700 BC, and was once seen as more covetable than gold among certain ancient civilizations. 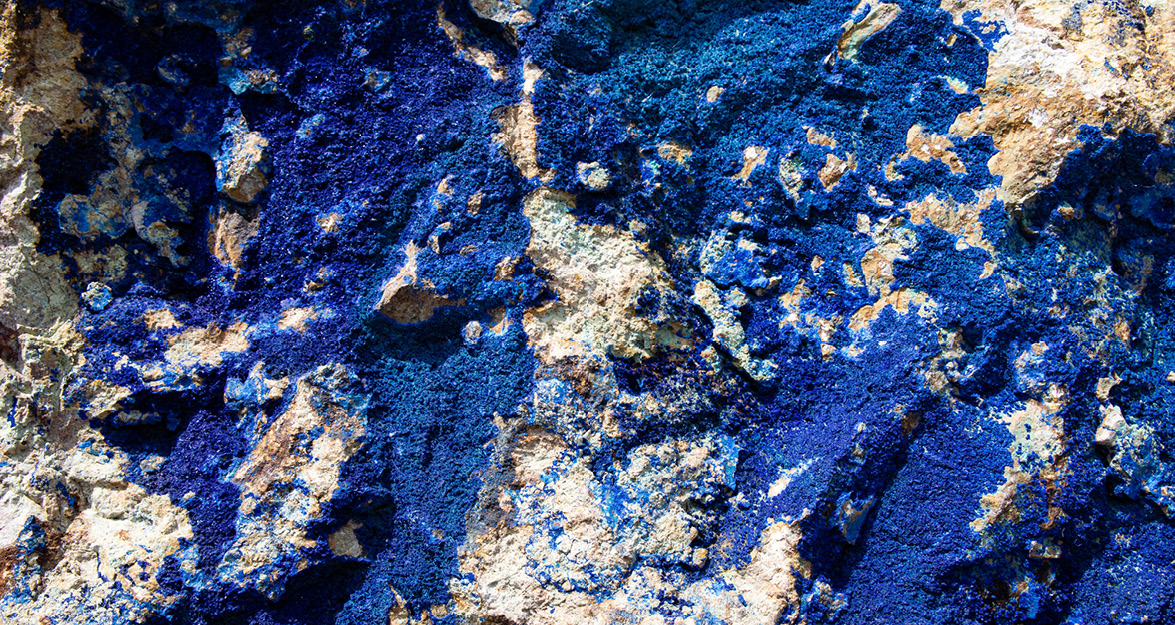 Historically sourced in Bactria, which is now part of Afghanistan – where the stone is still mined today - lapis lazuli is a rock that is composed of three minerals, chiefly lazurite, calcite, and pyrite, with the latter creating the golden flecks in its deep blue base. This imbues the stone with an almost hypnotic appeal, with an appearance that’s evocative of an endless galaxy or a miniature planet. Indeed, thanks to this otherworldly appearance, both the Ancient Sumerians and Ancient Egyptians believed that lapis lazuli was a stone that encapsulated the spirit of the gods.

And echoing its reputation for promoting clarity, lapis lazuli figures of Maat, the Egyptian goddess of truth, were worn by judges at the time. Later, in medieval Europe, lapis lazuli was ground to make an ultramarine blue pigment. Even broken down in this way, lapis lazuli had an exalted status, and was used to create the colour of the sky painted on Michelangelo’s ceiling on Rome’s Sistine Chapel.

Renowned for its restorative virtues

And alongside being beautiful to behold, lapis lazuli is renowned for its restorative qualities. In the sphere of crystal healing, lapis lazuli is said to stimulate the throat chakra, helping the wearer to trust their own inner wisdom, and to recognise the impact that their words have on others. 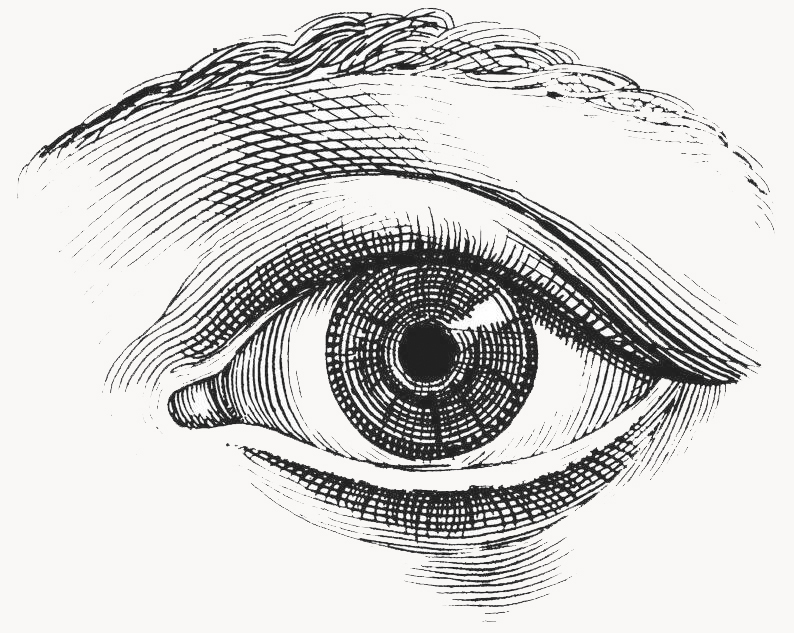 On a physical level, it is also prized in crystal healing for strengthening the throat and lungs, while its connection to the root chakra is said to stimulate hair and nail growth. The stone is said to cultivate a sense of harmony in the wearer, and promote self-awareness, creativity, and clarity. Reflected by the oval-shaped design of the Auverture bracelet, lapis is prized for stimulating the third eye, too, promoting inner vision, intuition, and connecting with the higher self.

Wear your support for independent designers on your wrist

All proceeds from the auverture United Rainbow bracelets go towards our Auverture United initiative, which has been conceived to protect values, knowledge and sustainability within the fine jewellery industry.

> Find out more about our journey here <