Pierre Sterlé was a jeweller famed for his intricate way with gold, and designs that take inspiration from nature’s innate beauty, with jewellery that exudes an organic, expressive mood. Among his jewellery’s distinguishing characteristics was Sterlé’s “angel hair” technique, in which he wove and braided gold to form fluid fringing on his designs.

Having established his house in Paris in the 30’s, Sterlé went on to craft jewellery pieces in collaboration with jewellery houses that numbered Boucheron, Ostertag, and Chaumet, and couturiers such as Jacques Fath. Sterlé also designed for socialites and royalty, and at the height of his career in the 50’s and 60’s the jeweller counted King Farouk of Egypt; Sita Devi, the Maharani of Baroda; and the Begum Aga Khan among his illustrious clients. 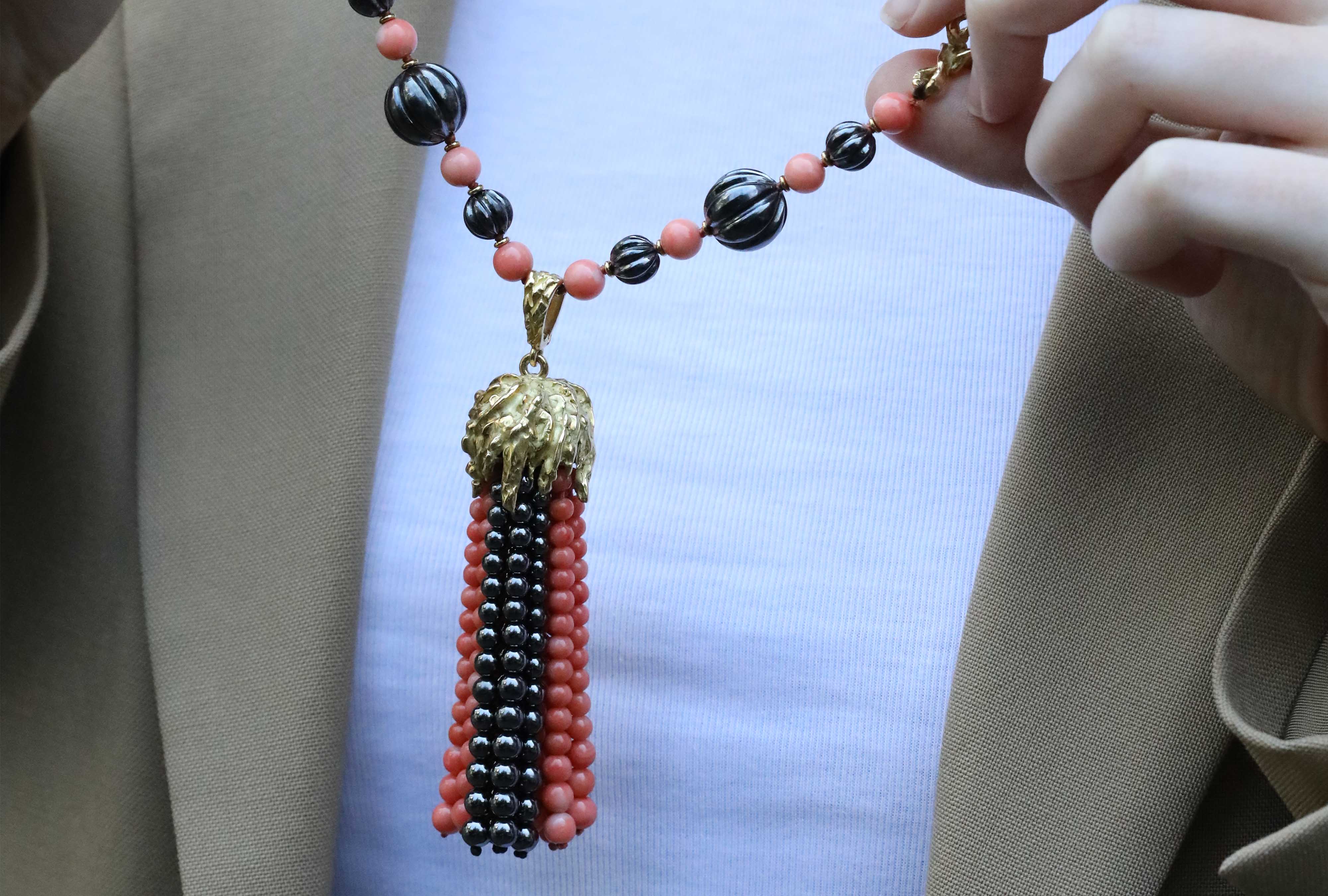 Chaumet acquired Sterlé’s jewellery house in the 70’s, and Sterlé continued to craft his uniquely refined jewellery under the Chaumet name, until his death in 1978.