Gemstones and precious metals start their life in the earth.

And now more than ever, jewellery designers are mindful that the way that they source these materials doesn’t have a detrimental effect on the environment that they come from, or the communities who mine and work with jewellery’s raw materials.

Indeed, jewellery’s production has the potential to be a force for good. Writing in Forbes, Andrea Hill of Hill Management Group, a consultant to the jewellery and luxury industries, points to a 2017 World Bank statistic, that estimates that at least 100 million people worldwide are involved in the artisanal mining that characterises sourcing precious metals and gems. “Artisanal mining feeds millions of families that might not eat otherwise,” she writes. “The goal is to help them mine safely, and make sure that enough mining revenue remains with them so they can invest in the clean water, schools, and other services their families and communities need.”

In this spirit, for many of Auverture’s designers, ethics, responsibility, and sustainability are at the heart of their work.

London-based jeweller Pippa Small studied anthropology before becoming a jewellery designer, and mindfulness towards the artisans and communities with whom she works is central to her brand’s ethos. “Jewellery has the potential to change lives,” states Pippa. “Our projects give communities a re-found respect for traditional design and a sense of self-confidence, pride in their creations, and a path towards economic independence.” 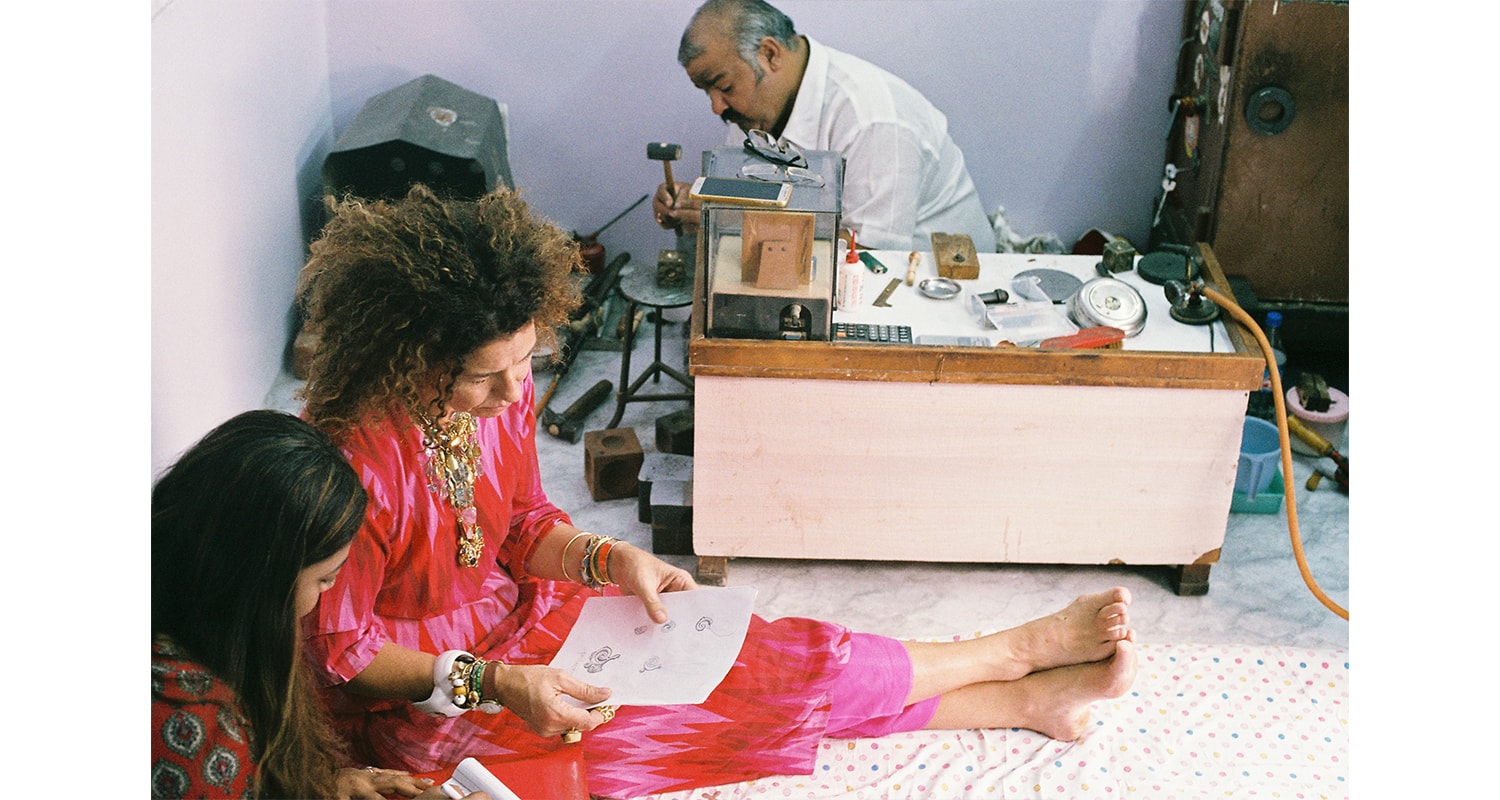 Among these projects is working with Turquoise Mountain in Jordan, Myanmar, and Afghanistan. This organization invests in the revival of artisan industries, to protect heritage and communities at risk around the world. Among Pippa’s collections crafted with Turquoise Mountain are designs created with artisans in Myanmar, set with pearls sourced from the region, that draw inspiration from the country’s ancient symbols and Buddhist iconography. And among her designs crafted in Kabul, Afghanistan is a necklace that consists of a cluster of pastel coloured stones. The droplet-shaped aquamarine and green tourmaline stones are set in 18k yellow gold, and worn on a gold cord. See below also the Seven Stone Drop Earrings Opal. These opals are said to inspire “imaginative spontaneity,” designer Pippa Small says.

Meanwhile, as a sustainable alternative to ivory, jeweller Fernando Jorge has worked with tagua in some of his latest designs. Among his beautiful pieces crafted from tagua - a sustainable seed that grows on palm trees, that’s also known as vegetable ivory - are the Satellite Earrings, that resemble a burst of stars, set with white diamonds.

US jeweller Ana Katarina makes sustainability one of the central tenets of creating her talismanic and colourful designs. “I choose elements that were created by mother earth, handled with respect by and for humans, and finally formed into my vision with passion and love,” she says. Indeed, this former journalist notes that she applies a reporter’s investigative eye and integrity to her entire sourcing and production process. The designer works with recycled gold, sources diamonds both from reclaimed jewellery and ethical vendors, and when sourcing gemstones examines the entire supply chain, from miners to cutters. Ana Katarina also works with the organization Ethical Metalsmiths to monitor her sourcing and production supply chain.  Shown below is the Third Eye Necklace and the Eye Love Ring.

And when fashioning her sleek, spare, and architectural designs, Ana Khouri employs both Fairmined gold and fair trade gold, a move that the designer says “allows us to help and promote responsible mining practices, focusing on a gold that is sourced from responsible artisanal and small-scale mining organizations." Alongside those designs made in her New York workshop, Ana continues to have a proportion of her jewellery made in her native São Paulo, “to support a small community of local craftsmen,” the designer says. Shown in the pictures from the right are the Miriam Emerald Ring and the Multicolor Mirian Earcuff.

Proving that sustainability and covetable, glamorous designs aren’t mutually exclusive, explore these designers’ creations at Auverture, and discover fine jewellery with a conscience.