Adornment –whether it’s ceremonial, sentimental, or simply to enhance one’s appearance – is a practice that’s as old as time. According to London’s Victoria & Albert Museum, jewellery has been worn since the prehistoric era as “a protection from the dangers of life or as a mark of status and rank.”[1]

The V&A points to the trove of jewellery that has been discovered in ancient tombs, such as the bold Shannongrove Gorget[2], which dates from late Bronze Age Ireland. 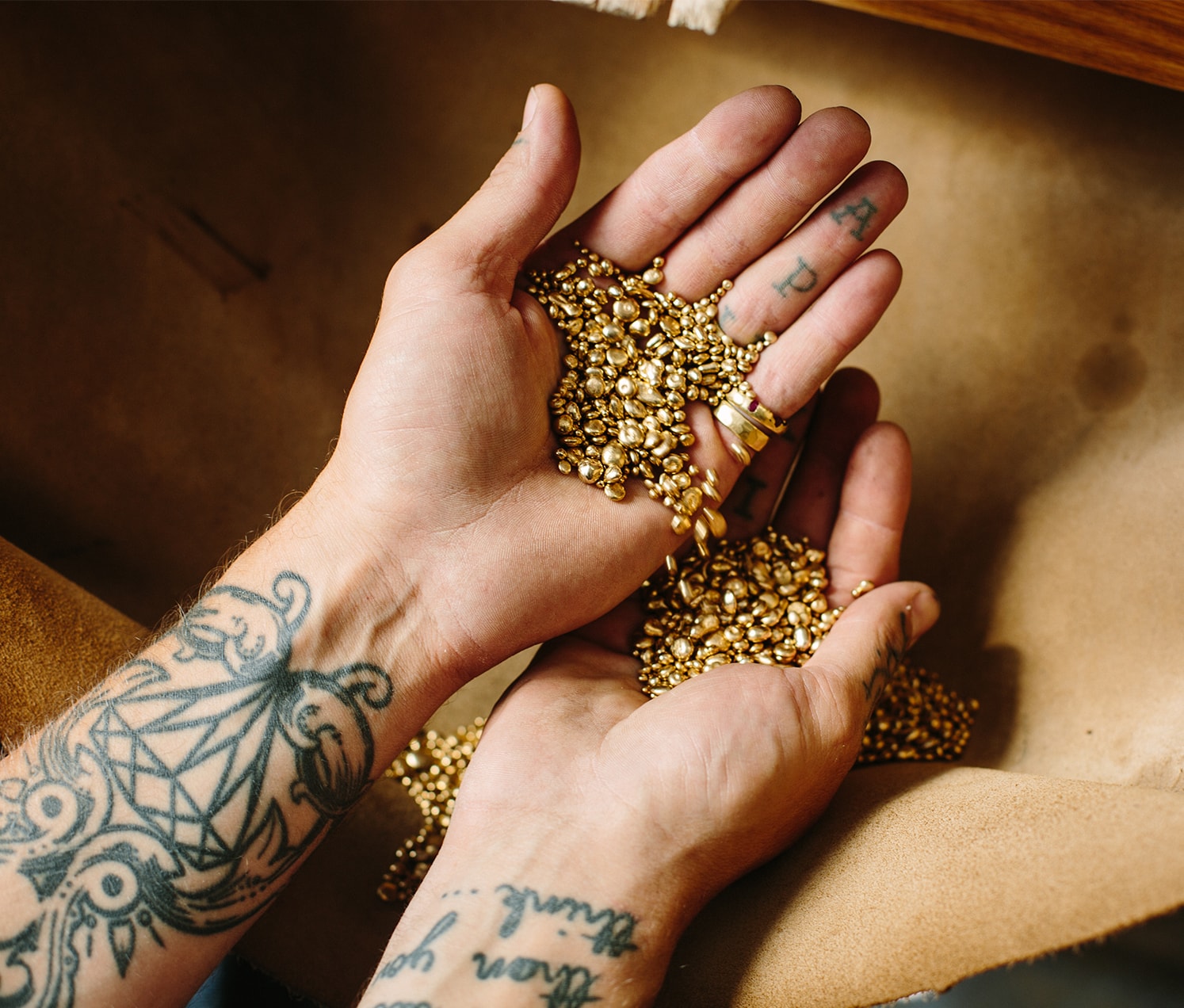 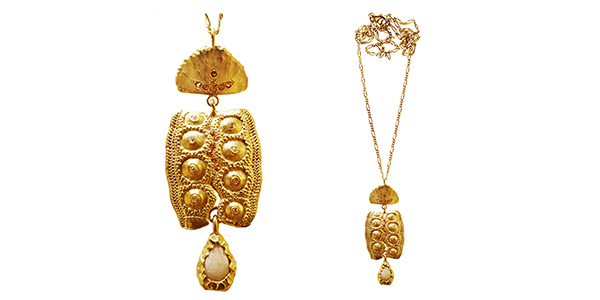 And among Bibi van der Velden’s sculptural, figurative jewellery designs are pieces that spotlight the ancient material of 60,000-year-old mammoth tusk. Bibi crafts the tusk into designs such as these fiercely glamorous Alligator Mammoth Earrings, a very chic take on a symbol of protection.. 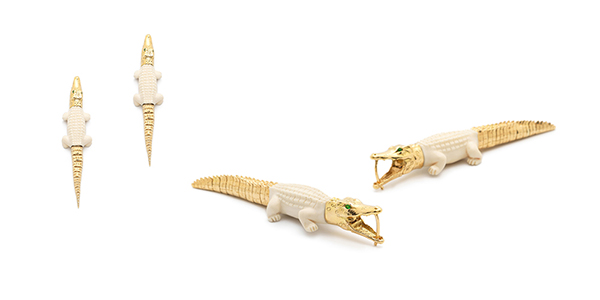 The Renaissance period, which spans a swathe of time from the 14th to the 17th Centuries, saw “the courts of England, France, and Spain... indulge in extravagant contests, trying to outdo each other in the display of gold, gems, and pearls,” Britannica.com writes.[5]

Pearls, gold, and colourful gemstones all characterised Renaissance jewellery, along with a respect and attention to the craft of jewellery that saw it just as prized as the wider arts. Indeed, a number of artists, among them Sandro Botticelli, served as goldsmiths’ apprentices, creating pieces that exhibited an “elaborate” workmanship. 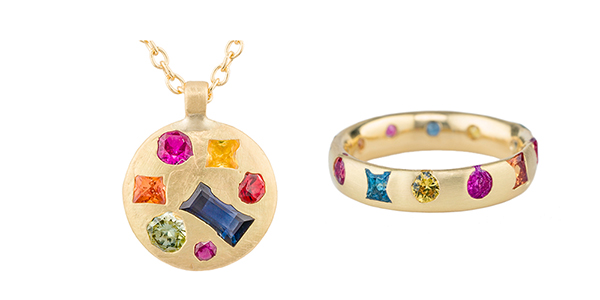 And Santo by Zani’s Shield Rings are inspired by 16th Century poison rings. But the designer’s modern take sees these rings set with a large gemstone that opens to reveal a small diamond – rather than poison – hidden within. 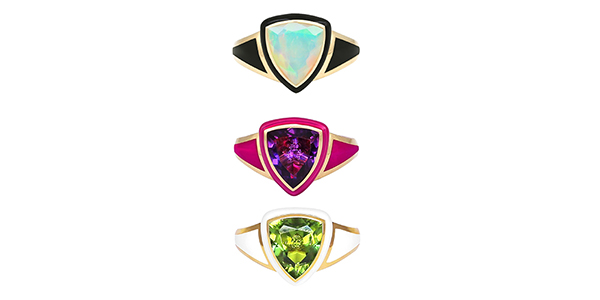 By the mid 17th Century and into the 18th Centuries, fine jewellery began to take a more delicate turn. This period saw the development of fine jewellery cutting techniques, and the emergence of the brilliant-cut diamond. The V&A notes that the more muted, pastel shades that had come into fashion for clothes created demand for softer-toned gemstones and pearls. 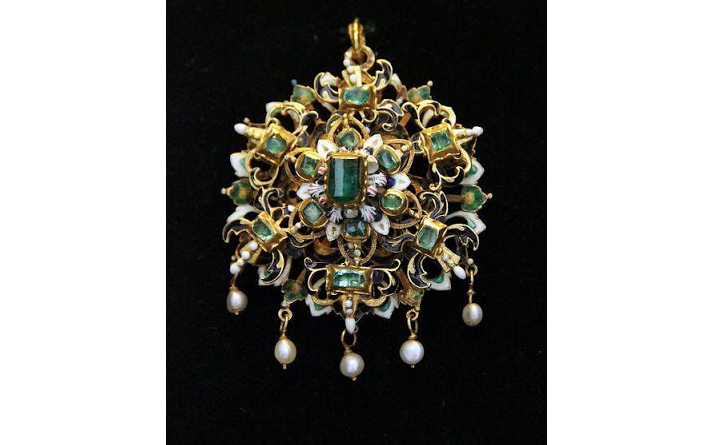 In the late 19th and early 20th Century, jewellers such as Charles Lewis Tiffany and Alfred and Louis Cartier had begun to establish a new colourful and sometimes flamboyant jewellery style, ushering in the Art Nouveau and Art Deco periods. Among some of Tiffany & Co.’s standout pieces were finely-crafted designs such as brooches[8] that replicated a flower’s delicate form, embellished with diamonds, gemstones, and enamel. And Cartier’s Panthère jewellery designs began to appear from the 1920s. These sleek, glittering panther pieces reportedly took inspiration from Jeanne Toussaint, who later became Cartier’s creative director. Toussaint was known both for her charisma and her love of animal skins, Sotheby’s writes[9], hence her panthère nick name. 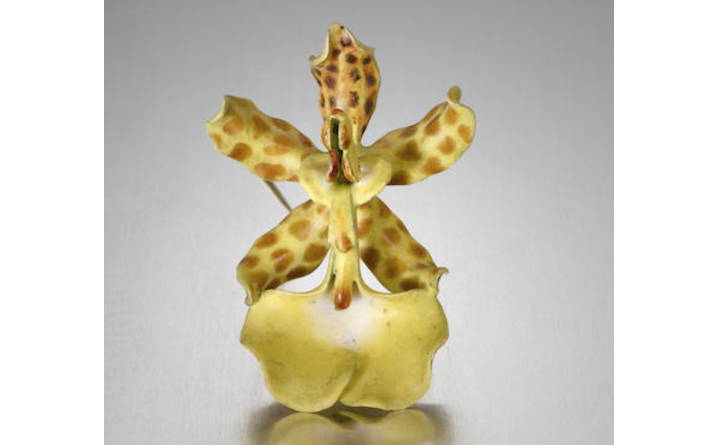 Wear it Today: Annoushka’s delicately-crafted Butterfly rings and earrings echo the figurative beauty of this period’s jewellery. And Gaelle Khouri’s intricate and highly-detailed designs take inspiration from a host of flora and fauna. Meanwhile, Jordan Askill offers a contemporary take on the panther motif.

The 21st Century has seen a new appreciation for myriad gemstones and materials, with as much value placed on the artistry that goes into a jewellery piece as the materials of which it’s composed. Today’s jewellery designers are also increasingly mindful of their wares’ sustainability, and make a feature of the energy that the stones they work with are said to impart. Explore the diverse but always-captivating work of Auverture’s jewellery designers. From the spare, clean lines of Spinelli Kilcollin’s jewellery, to Brent Neale’s magical, whimsical designs and Noor Fares’ elegant talismans, there’s a piece for every jewellery aficionado. 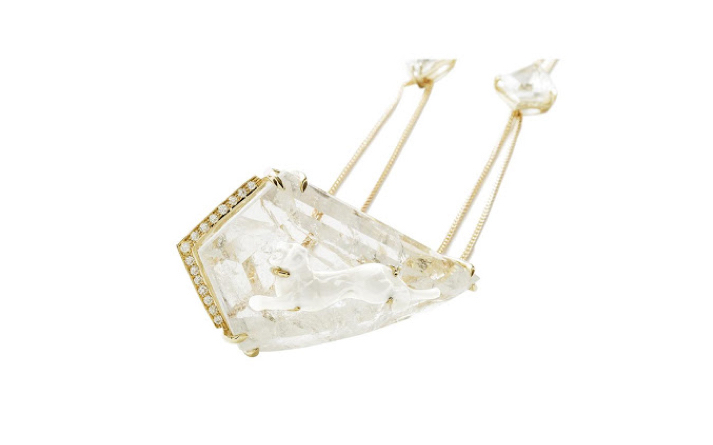 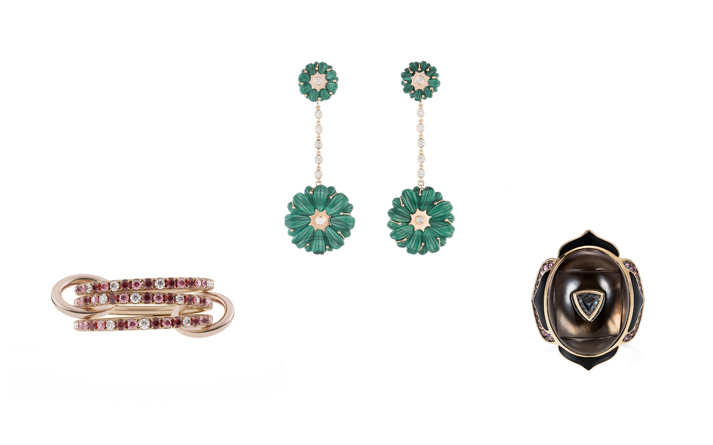